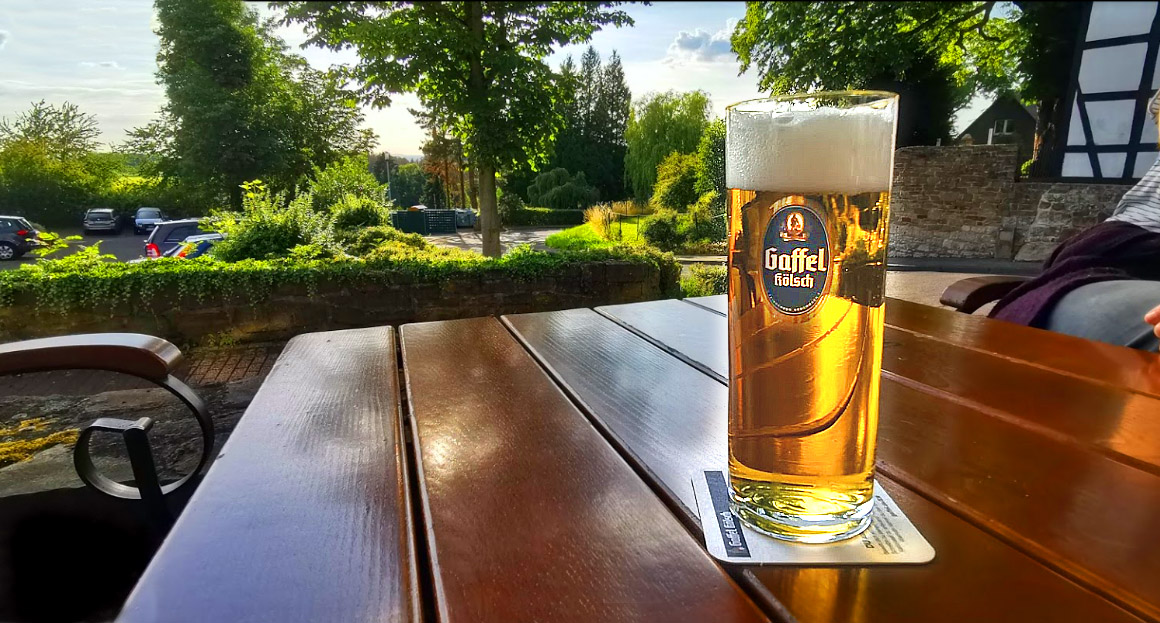 As they will ask you all the time in the Cologne region:
Drinkste eine met? (Will you drink one with us?) 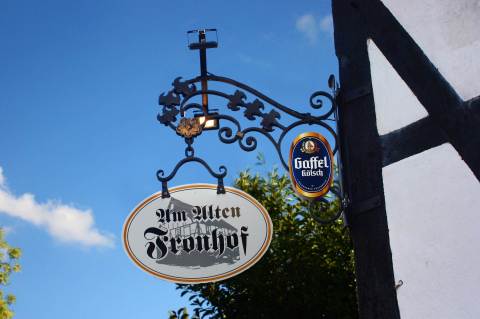 Whoever says Germany, says beer. And whoever says Cologne, says Kölsch. Cologne has been a centre of brewing since 873, with an unusually high number of home breweries. One might wonder if this has anything to do with a decision of the Aachen Council. Here, in 817, beer was elevated officially to the status of a "Christian healing potion" and thus became an integral part of monastic food. And the breweries had a lot to do, because every monastic brother was entitled to a daily ration of over 5 litres (!) of beer. In the 9th century, there was only the so-called "Gruit", or herbal beer. Hops and yeast were still unknown, so various herbs (e.g. yarrow and juniper) were used, while "natural air fermentation", yeasts occurring naturally in the air, was relied upon. In the 11th century, a fork with 2 prongs, called a "Gaffel", was introduced from Venice and was used at brewers' table parties. Just how popular beer was at that time is shown by the fact that the surname "Bierbauch" (beer belly) appears in lists of names around 1169. In 1302 the brewery "Zum Leisten", located where the Gaffel brewery was later built, is mentioned. while in 1543 the Cologne council appointed Hermann von Weinsberg, contrary to the impression raised by his family name, as their official beer inspector. We can only wonder whether he took his duties home with him.
"Modern" Kölsch beer is brewed with barley malt, hops, and water. Some brewers add a small amount of wheat malt. The hops for Kölsch come mainly from the Lower Rhine region, the area of the cities of Kerpen and Düren, and from the Hallertau and Tettnang on Lake Constance. While most top-fermented beers are fermented at temperatures around 20°C, most Kölsch breweries do this much cooler, at around 14-16°C. 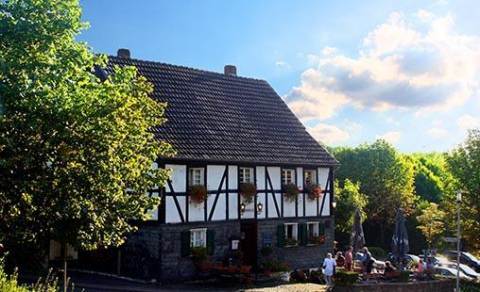 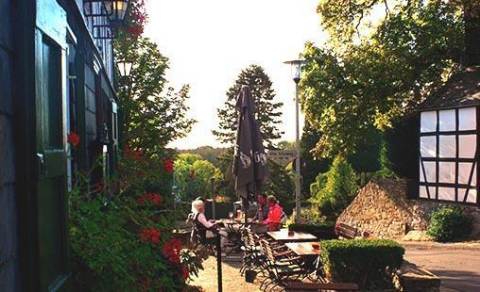 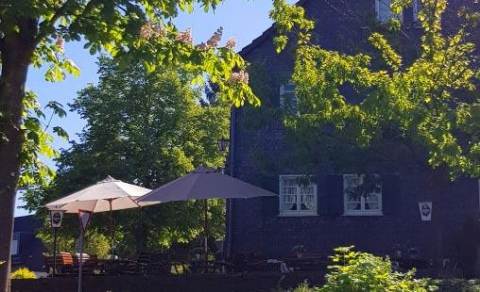 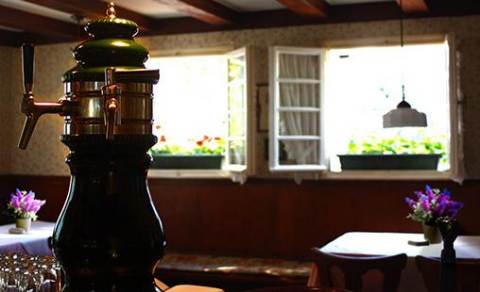 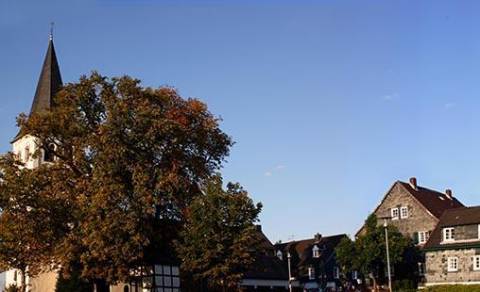 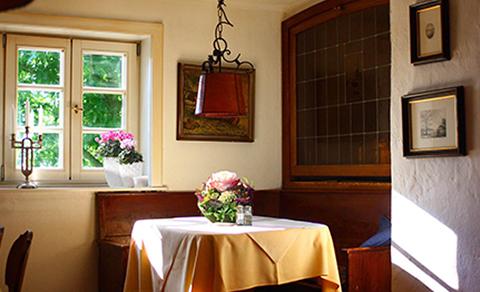 Nowadays, Kölsch is not only enjoyed just in Cologne. In the 21st century, approximately 3 million hectolitres (about 530 million pints!) of Kölsch are brewed annually and enjoyed all over the world. So if you can enjoy a Kölsch in the comfort of your own home, only a variation of the where, how and with whom will make your enjoyment extra special. And here "Am Alten Fronhof" offers you the perfect environment to maximise your experience. Whether it is on the beautiful terrace, where the beautiful old church "next door" and the city of Cologne down in the valley will keep distracting you from your conversation, or inside in the pub where centuries of hospitality falls around you like a comfortable, warm, and familiar blanket. But you're not sure yet whether this is something for you? Maybe that this handy guide can help you to drink Kölsch like a local. 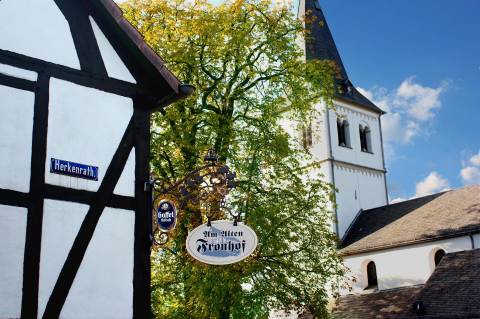 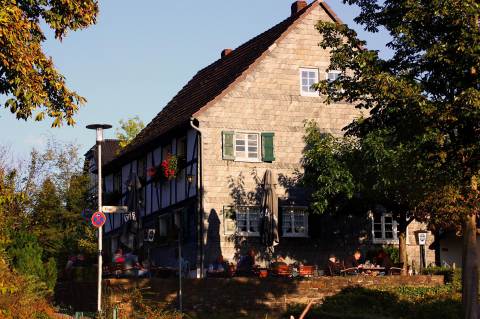 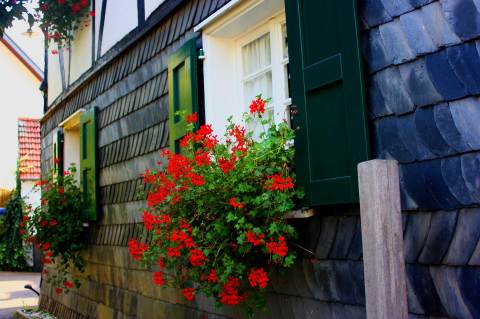 But maybe we are a little too enthusiastic about our Kölsch. Maybe beer is not really your thing, and you'd rather enjoy a nice wine. If this is indeed you, then Fronhof is the right address for you, too. We would be more than happy to share our collection of local and international wines with you. And don't worry. We won't ask you to do the beer mat thing with your wine (that is, unless you want to of course). That way you can really enjoy the bouquet of your wine, just as it should be and you like it. So just ask. It will surprise you how "Am Alten Fronhof" can spoil you...