Where feeling good got a home... 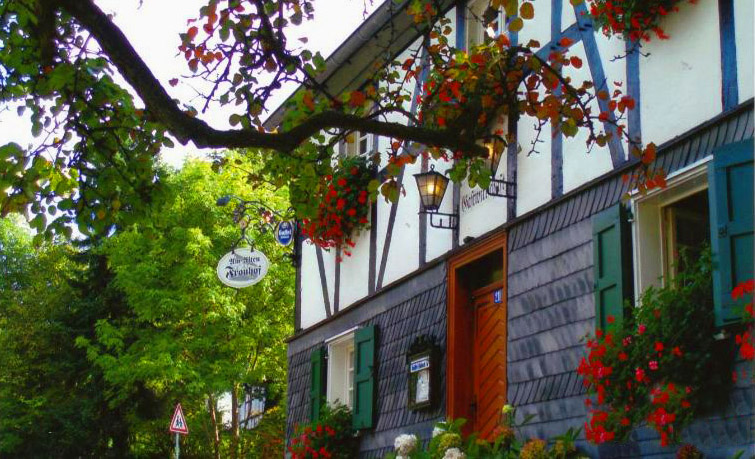 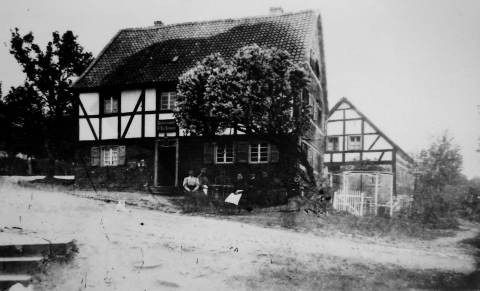 In the village centre of Herkenrath, opposite of the old village church from the 11th century, you will find the old inn "Am Alten Fronhof". For centuries, five generations of the same family have made sure that their guests can feel at home here during their travels.
Originally, the 300-year-old Fronhof building was owned by the Lord von Steinen. In 1820, the district administrator von Gymnich from Cologne bought the complete Fronhof estate with all its additional buildings, and leased the, at that time, side building to Wilhelm Schönenborn from Hohkeppel. No doubt driven by his rich gastronomic experience as a sexton and farrier, our Wilhelm opened a tavern here in July 1822, together with his wife, landowner's daughter Magdalene Buchholz from Volbach.
In 1828, after 6 years as a landlord, Wilhelm and his family moved to the house where forest warden Peter Heidkamp lived, who on his turn took over the inn. When Peter, after almost 20 years as an innkeeper, died on 13 May 1846, his widow and sons left the inn after a few years and acquired a farm in the neighbouring village of Strassen. 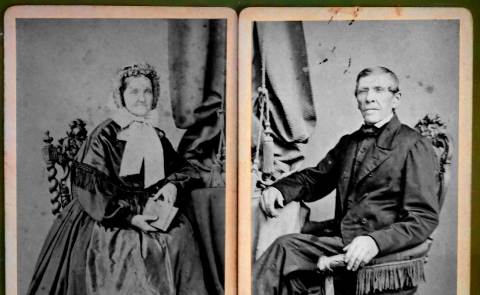 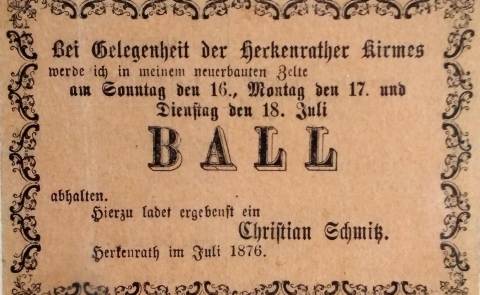 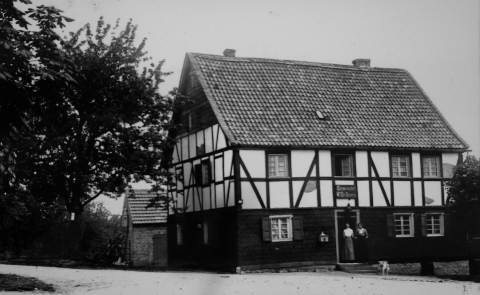 This marked the beginning of a period in which the owners of the Fronhof changed quickly and frequently. In 1855, the inn was purchased by the entrepreneur Heimann Gottschalk from Orsoy, who, after only a few years, sold it again to Heinrich Basten, a Rhinelander. Then, in 1860, farmer Peter Müller from Hombach bought the inn, only to subsequently sell it again in 1863 to Christian Molitor, a sexton from Herkenrath. Another Peter, this time Molitors son Peter Willhelm, took over the inn for a short period in 1866, only to leave it again after one year, whereupon the couple Jakob and Anna Kohlgrüber made it their home. 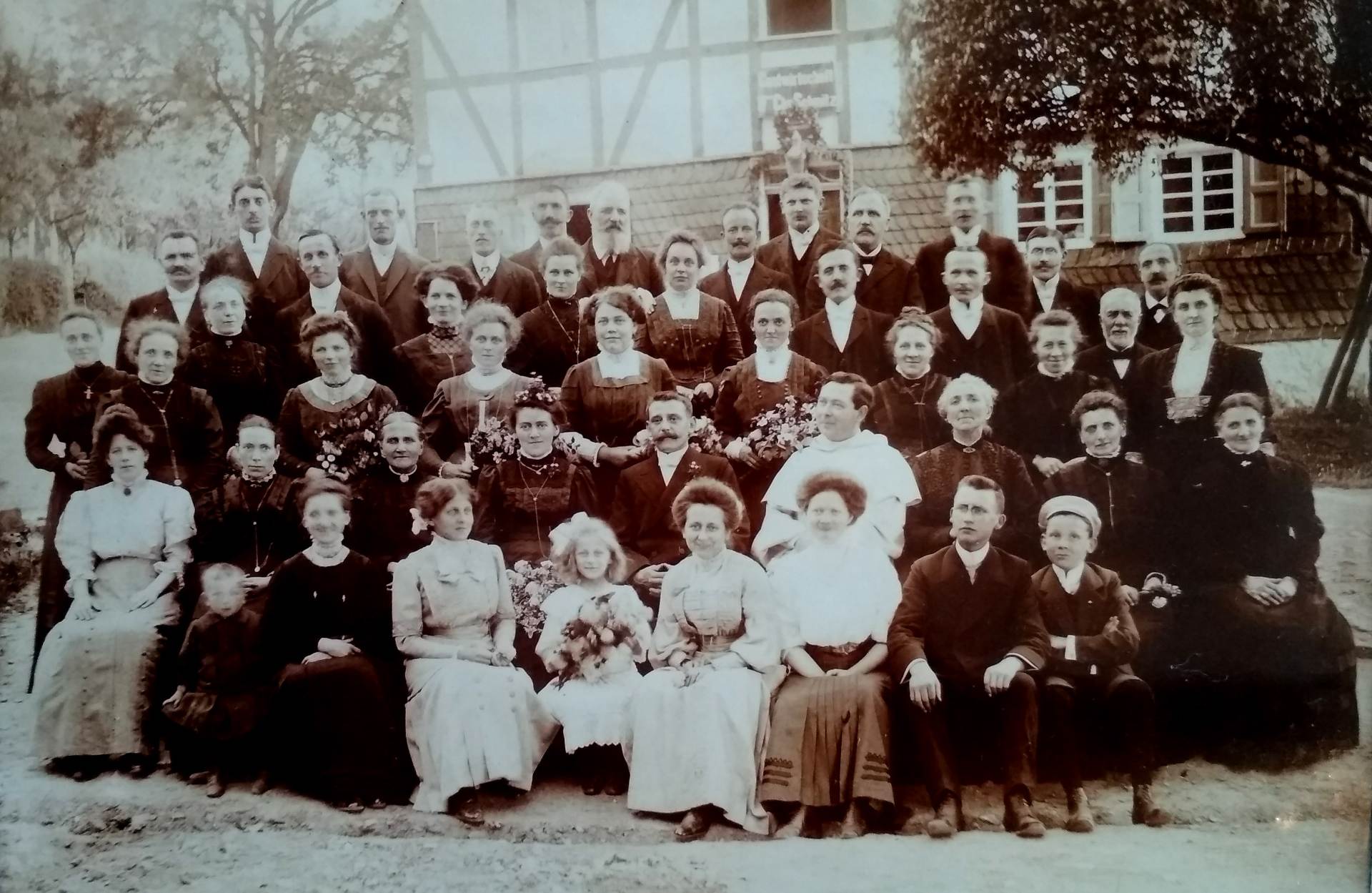 With Anna and Jakob the string of generations, who still call "Am Alten Fronhof" their home, starts. In 1854, they had a daughter, Maria Elisabeth, who, on 18 February 1876 at the age of 22, married Christian Schmitz, who was 26 at the time. 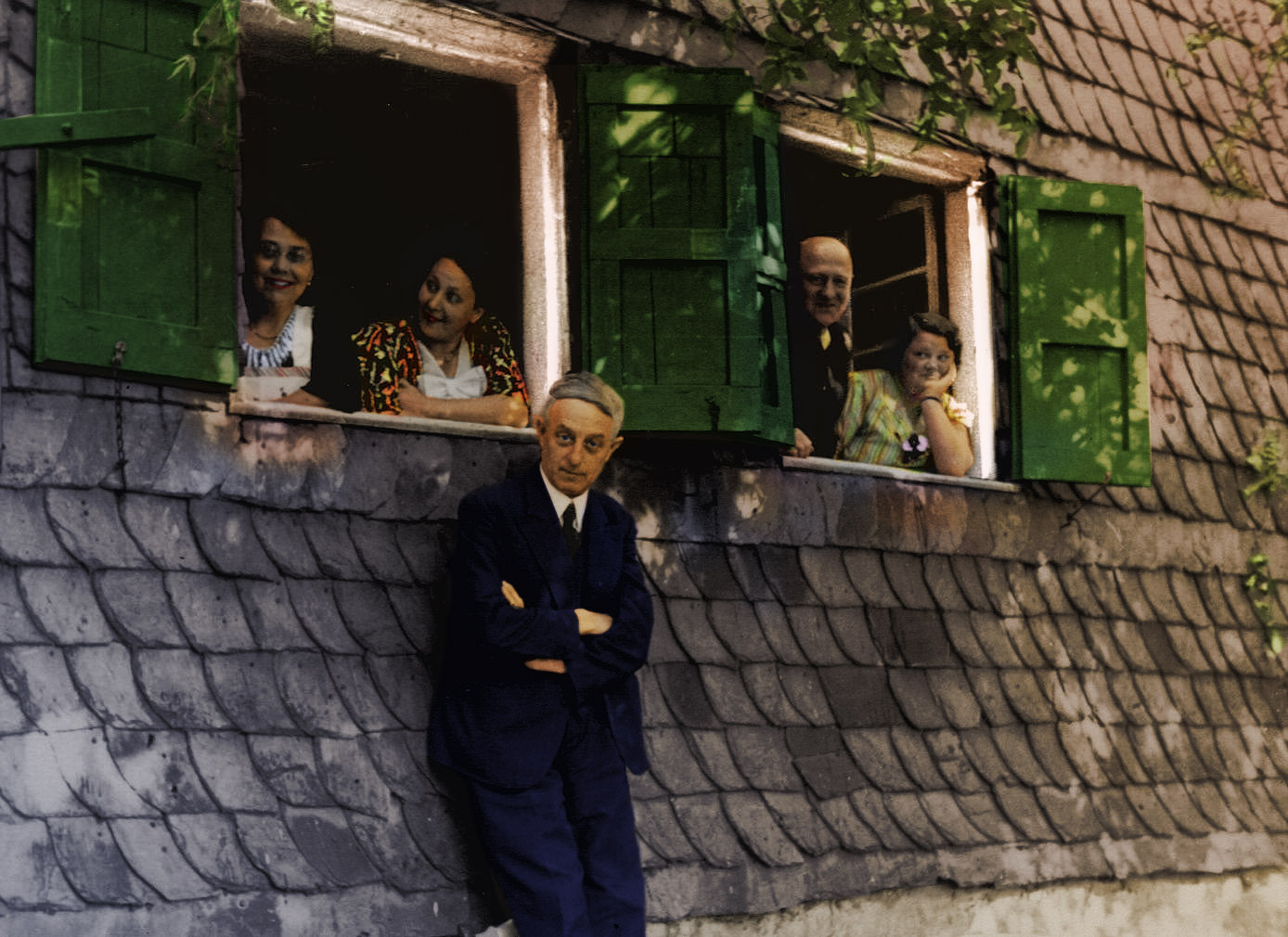 Christian, son of farmer Heinrich Schmitz from the Büchelterhof, had many brothers and sisters, which was not unusual in those days. Perhaps because his parents' property had to be divided among his many brothers and sisters (and not much was left), or perhaps because he appreciated the warmth and cosiness of an inn much more than windswept fields, he ran the inn, together with Maria, for the next couple of decades. 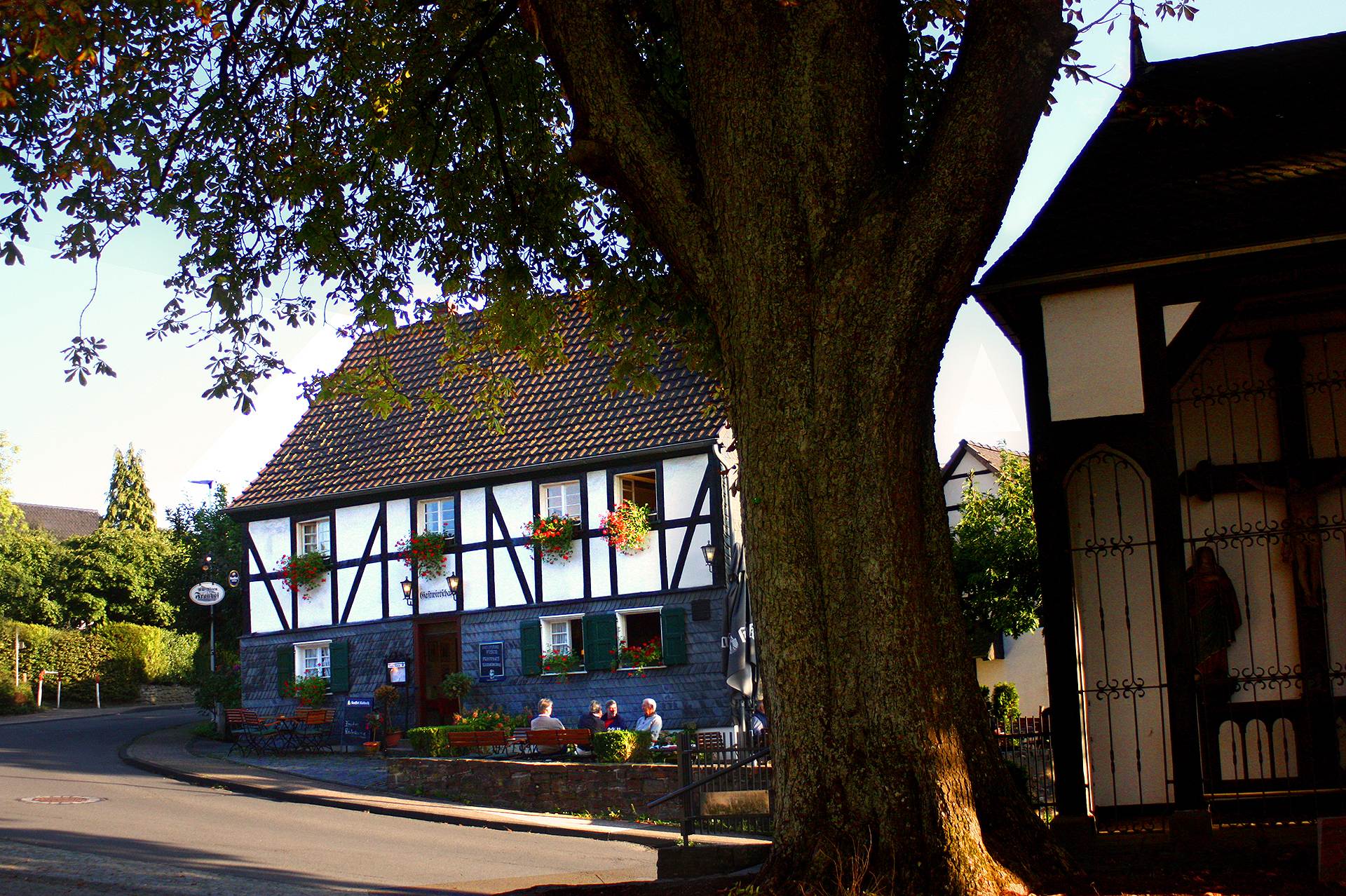 What about "Am Alten Fronhof" in ?

Although the world around "Am Alten Fronhof" has changed dramatically since the 1800s, some things have fortunately stayed the same. Over the years, "Am Alten Fronhof" has remained a much appreciated resting point in a whirlwind world, a place to settle down, relax, have a nice beer and a generous, honest meal. Astoundingly, the great-great-great-grandson of Maria and Christian still manages to offer his guests the same hospitality, quality, and relaxed enjoyment that has been the hallmark of his family for centuries. And although horses don't come in any more to take a sip from the water basin where glasses are rinsed normally, there always will be someone around who can tell you the details of this, and many other old Herkenrather pub stories.
But why should take us at our word? Just drop by and see what we are going on about... 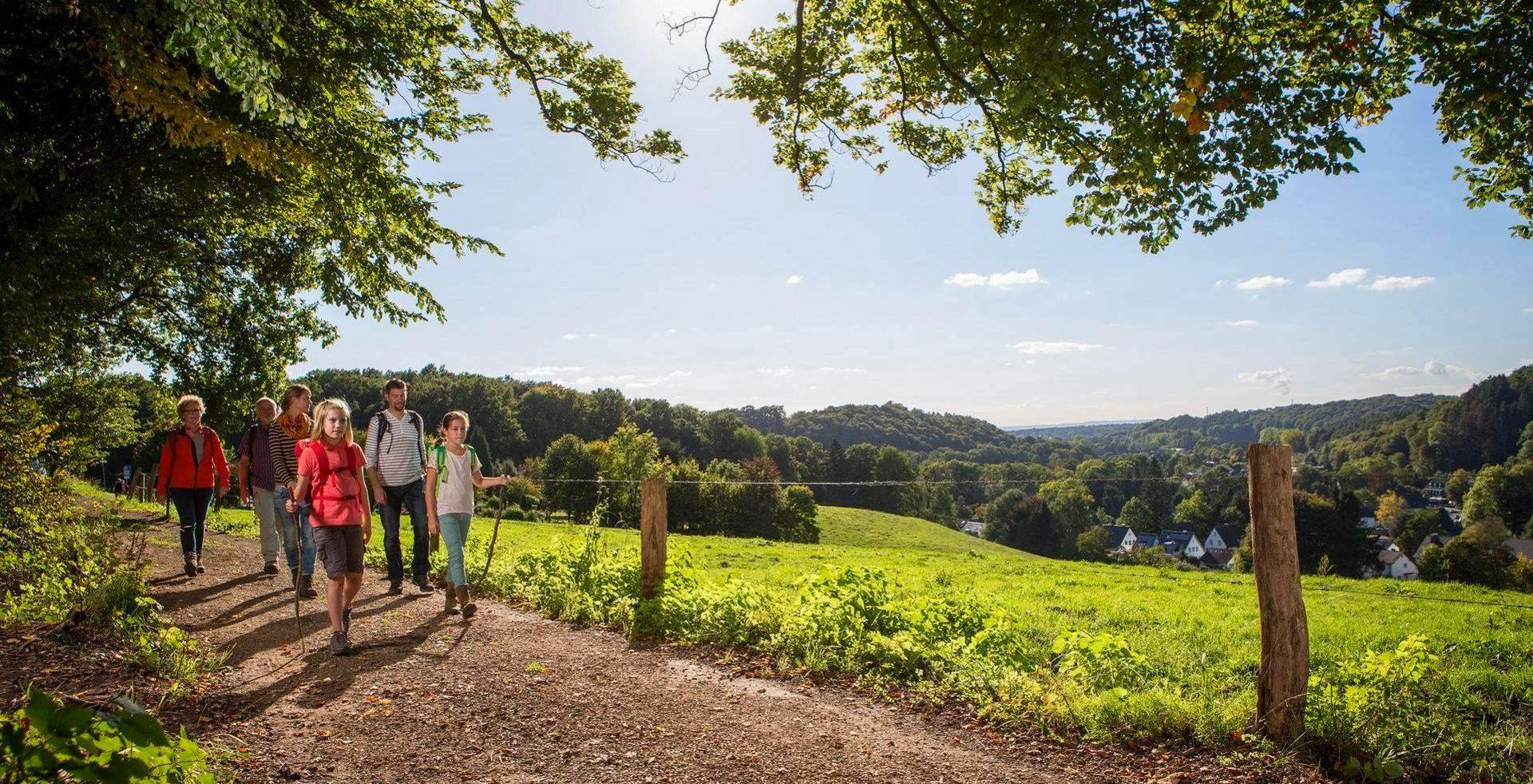 Enjoy the green tranquillity of the "Bergisches Land" region

You want to escape it all for a couple of days. Recharge your batteries. Have some quality time with the kids maybe. But where to go? Where can you combine the ever changing preferences of everybody? If that is one of the difficult deliberations that you're struggling with right now, maybe we can help you out. Did you ever think of the "Bergisches Land" region? This unique piece of nature offers tons of fun and loads of activities. And if you just want to relax and enjoy nature, then you can find that there too. Located uniquely just 20 miles from the city of Cologne, it can even satisfy your sudden urge for a last minute, uncontrolled shopping spree. 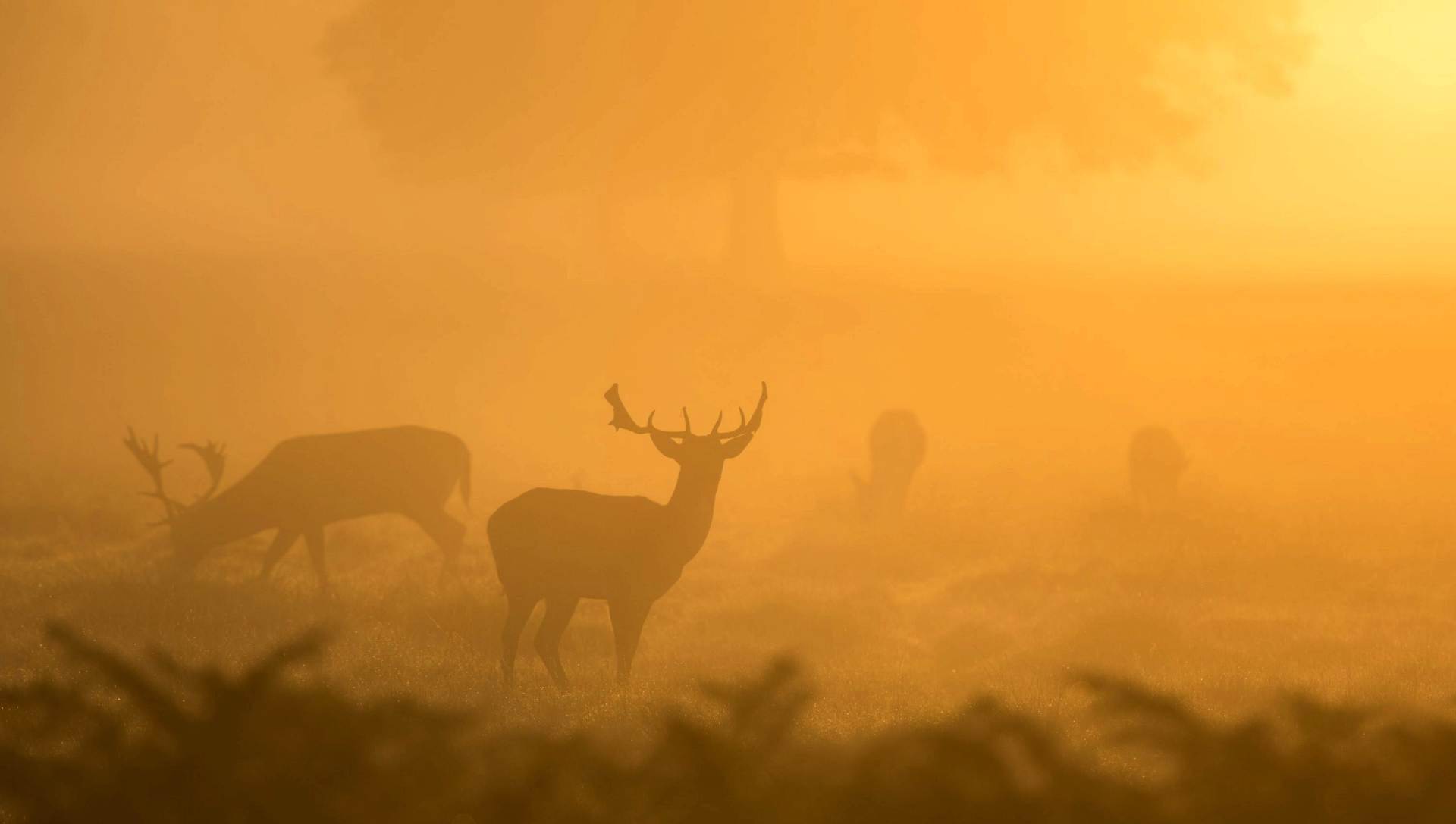 Want to read more about the "Bergisches Land", where you can can enjoy life as you want it?